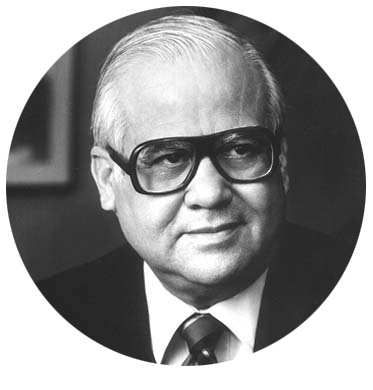 De la Garza won election in 1964. He fought for farmers throughout his 32 years in Congress.

Weston explained that the U.S. Department of Agriculture created the Kika de la Garza fellowship and named its Subtropical Agricultural Research Center for him.

“His commitment to agriculture and his constituents will not be forgotten,” he said. 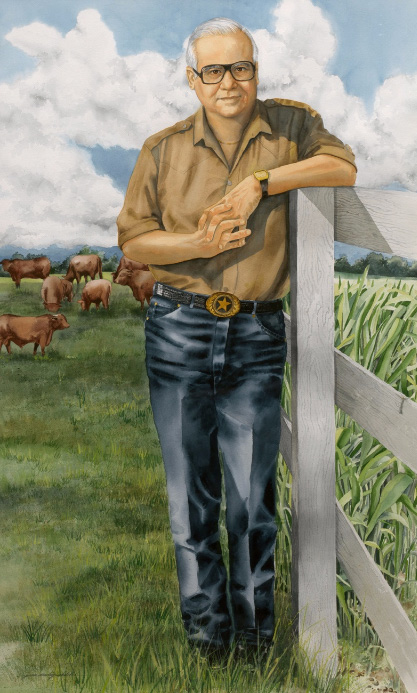 De la Garza’s official portrait is the only watercolor in the U.S. House’s collection of committee chairmen. It shows him standing in a pasture wearing a khaki shirt, blue jeans and a Lone Star belt buckle.

“There is a tremendous gap between the consumer and the fellow who rides on the tractor or who is picking the fruit,” de la Garza once said. “I would like to be remembered as the chairman … [who was] a factor in legislative programs in bringing together groups that represent agriculture, the farmers and ranchers and consumers — that somehow each one would admit that he couldn’t exist without the other.”

His death was first reported by The Monitor in McAllen, Texas.

Leaders across the nation remembered his life. Former President Bill Clinton called him a “champion for opportunity.” Members of the Texas Congressional delegation likewise praised his legacy.

“Kika was a dear friend of mine, and I speak for many when I say that Texas has lost a great leader today,” said Rep. Henry Cuellar (D). “I served on the House Committee of Agriculture for eight years, and I would often look up to the great portrait…as an example of someone who has given back so much to the agricultural communities across the nation.”

Current House Agriculture Committee Chairman Mike Conaway (R-TX) also has stories. He told colleagues during a hearing last year, “Kika de la Garza would often tell a story when he asked: ‘How long can a nuclear submarine stay under water?’ The simple answer, until it runs out of food.”

De la Garza began his political career in the Texas state House after Army service in Korea. He won election to Congress in 1964 and won re-election by wide margins throughout his tenure.

He retired in 1997, but not before making a big impact on agriculture and the sugar industry.

While fighting for key sugar policy provisions in 1977, he explained: “[The] situation is this: The sugar industry in the United States is in very serious, drastic circumstances because of the chaotic situation that the sugar industry finds itself in throughout the world … this is a small attempt to assist the American producer to just hold his head above water.”

Many of these policy provisions are still important today as efficient U.S. producers continue to fight rampant foreign subsidization that has grossly distorted the market.